#1 What is Angular 7? How is it different from AngularJS?

#2 What are the Applications of Angular 7

#3 What are pipes? Give me an example.

A pipe takes in data as input and transforms it into the desired output. You can chain pipes together in potentially useful combinations. You can write your own custom pipes. Angular comes with a stock of pipes such as DatePipe, UpperCasePipe, LowerCasePipe, CurrencyPipe, and PercentPipe.

A selector property is not required, as you can also use your components in a route.

#4 What are the key components of Angular?

#5 What are the components in Angular7?

Components are the basic building blocks of an Angular app formed like a tree structure. Components are a subset of directives but unlike directives, components always have a template and only one component can be instantiated per an element in a template.

#7 What’s the difference between an Angular component and module?

Components control views (HTML). They also communicate with other components and services to bring functionality to your app.

Modules consist of one or more components. They do not control any HTML. Your modules declare which components can be used by components belonging to other modules, which classes will be injected by the dependency injector, and which component gets bootstrapped. Modules allow you to manage your components to bring modularity to your app.

#8 How can I select an element in a component template?

You can get a handle to the DOM element via ElementRef by injecting it into your component’s constructor:

#9 What is Redux and how does it relate to an Angular app?

You can update Angular 6 to Angular 7 by using the following command:

#11 What is the UrlSegment Interface in Angular 7?

In Angular 7, the UrlSegment interface represents a single URL segment, constructor, properties, and methods like this:

The UrlSegment is a part of a URL between the two slashes and it contains a path and matrix parameters associated with the segment.

#12 What are the new features added in Angular7?

Following is a list of new features added in Angular7:

Some more Angular7 features are:

Angular Console: It is a downloadable console to start and run Angular projects on your local machine.

@angular/fire: It is the latest update on npm, and has its first stable release for Angular7.

NativeScript: It facilitates you to make a single project that builds for both web and installed mobile.

#14 What are the Core Dependencies of Angular 7?

There are two types of core dependencies, RxJS and TypeScript.

#15 What are the utility functions provided by RxJs?

The RxJS library also provides below utility functions for creating and working with observables.

An Observable instance begins publishing values only when someone subscribes to it. So you need to subscribe by calling the subscribe() method of the instance, passing an observer object to receiving the notifications.

Let’s take an example of creating and subscribing to a simple observable, with an observer that logs the received message to the console.

Creates an observable sequence of 5 integers, starting from 1

#17 What is the router outlet?

The RouterOutlet is a directive from the router library and it acts as a placeholder that marks the spot in the template where the router should display the components for that outlet. Router outlet is used as a component,

#18 What is the UrlSegment Interface in Angular 7?

In Angular 7, the UrlSegment interface represents a single URL segment, constructor, properties, and methods like this:

#19 What are the ways to control AOT compilation?

You can control your app compilation in two ways

The Angular Test Bed (ATB) is a higher level Angular Only testing framework that allows us to easily test behaviors that depend on the Angular Framework.

We still write our tests in Jasmine and run using Karma but we now have a slightly easier way to create components, handle injection, test asynchronous behavior and interact with our application.

The TestBed creates a dynamically-constructed Angular test module that emulates an Angular @NgModule.

These were the Angular 7 interview questions Stay tuned to learn more.

Check it out Latest Jobs for Angular Developer: Click here

If You Want To Get More Daily Such Jobs Updates, Career Advice Then Join the Telegram Group From Given Link And Never Miss Update.

Cognizant Latest News: Up To 20K+ Employees Will Be Hired: Click here 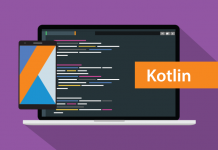 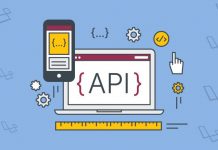 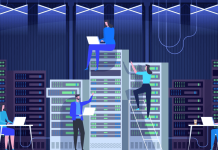 How To Identify Fake Job Calls|Beware of Fake Call For Interview...

A Career at Cognizant: Golden Opportunity To Get Hired

Interview Questions For C: Most Asked Question In Interview