Interview Question For SQL: Most Asked Question In Interview

SQL stands for the Structured Query Language. SQL is a standard query language used for maintaining the relational database and perform many different operations of data manipulation on the data. SQL initially was invented in 1970. It is a database language used for database creation, deletion, fetching rows and modifying rows, etc. sometimes it is pronounced as ‘sequel.’

It appeared in 1974. SQL is one of the often used languages for maintaining the relational database. SQL. In 1986 SQL become the standard of American National Standards Institute (ANSI) and ISO(International Organization for Standardization) in 1987.

3.What are the usages of SQL?

SQL refers to the Standard Query Language, which is not actually the programming language. SQL doesn’t have a loop, Conditional statement, logical operations, it can not be used for anything other than data manipulation. It is used like commanding (Query) language to access databases.

5. What are the subsets of SQL?

There is three significant subset of the SQL:

6. What is a Data Definition Language?

Data definition language (DDL) is the subset of the database which defines the data structure of the database in the initial stage when the database is about to be created. It consists of the following commands: CREATE, ALTER and DELETE database objects such as schema, tables, view, sequence, etc.

7. What is a Data Manipulation Language?

Data manipulation language makes the user able to retrieve and manipulate data. It is used to perform the following operations.

8. What is Data Control Language?

Data control language allows you to control access to the database. DCL is the only subset of the database which decides that what part of the database should be accessed by which user at what point of time. It includes two commands GRANT and REVOKE.

A JOIN clause is used to combine rows from two or more tables, based on a related column between them. It is used to merge two tables or retrieve data from there. There are 4 joins in SQL namely:

10. What is the difference between CHAR and VARCHAR2 datatype in SQL?

Both Char and Varchar2 are used for characters datatype but varchar2 is used for character strings of variable length whereas Char is used for strings of fixed length. For example, char(10) can only store 10 characters and will not be able to store a string of any other length whereas varchar2(10) can store any length i.e 6,8,2 in this variable. This is Important Interview Question For SQL.

12. What is the difference between SQL and MySQL?

SQL is a standard language which stands for Structured Query Language based on the English language whereas MySQL is a database management system. SQL is the core of relational database which is used for accessing and managing database, MySQL is an RDMS (Relational Database Management System) such as SQL Server, Informix etc. This is Important Interview Question For SQL.

14. What do you mean by data integrity

Data Integrity defines the accuracy as well as the consistency of the data stored in a database. It also defines integrity constraints to enforce business rules on the data when it is entered into an application or a database.

15.What is the difference between clustered and non clustered index in SQL?

The differences between the clustered and non clustered index in SQL are :

16. What do you mean by Denormalization

Denormalization refers to a technique which is used to access data from higher to lower forms of a database. It helps the database managers to increase the performance of the entire infrastructure as it introduces redundancy into a table. It adds the redundant data into a table by incorporating database queries that combine data from various tables into a single table. This is Important Interview Question For SQL.

17. How can you put separate the Rename and the Alias?

18. What do you know about the NULL value in the SQL

It is basically a field which doesn’t have any value in SQL. It is totally different from that of a zero value and must not be put equal or confused with the same. These fields are left blank during the creation of the records.

19. What do you know about the stored procedure?

It is nothing but an array of some important SQL statements that are stored in the database and are responsible for performing a specific task.

20. Name the types of Indexes of which are available in SQL

There are three important types of Indexes and they are

It is a mechanism of getting secure data from the database. SQL Injection Attacks:

Tuples are the members of a relation. An entity type having attributes can be represented by a set of these attributes called tuple.This is Important Interview Question For SQL

A query is a statement requesting the retrieval of information.
The portion of dimly that involves information retrieval is called a query language.

It is the situation where two transactions are waiting for other to release a lock on an item.

Taking encoded text and converting it into text that you are able to read.

If You Want To Get More Daily Such Interviwe Questions Updates Then Press Red Bell Icon At The Right Side of Page To Subscribe our Updates. 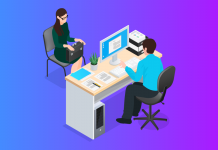 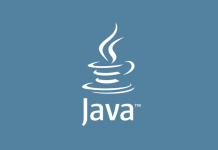 Interview Question of Java: Most Asked Questions In Interview Set: 1

Will Coronavirus Affect Job Hiring? Impact on Hiring Due To COVID-19

Capgemini Latest News: Up To 30K+ Employees Will Be Hired